The Perfect Nanny: Parable of Impossibility of Perfection

Claire, Myriam, and Me: Three Stories of Motherhood 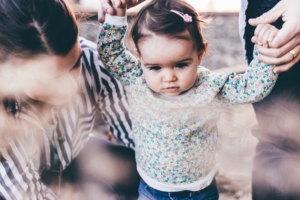 (Part 1 of 3) There is something about nannies that we love. It could be childhood memories of Mary Poppins or the Downton Abbey aspect of it all, but I think that it’s something else. As mothers, we love the idea that we could somehow twin ourselves and have both the lives we crave: motherhood and a career. We can have children without being so intrinsically and perpetually tied to them while knowing that they are getting the “good life” too. We can have our cake and eat it too.

Indeed, like many modern women, one of the main protagonists of Leila Slimani’s new hit novel The Perfect Nanny, Myriam, “refused the idea that her children could be an impediment to her success, to her freedom” but after her second child was born, the “realization that she was wrong had plunged her into a profound sadness.” Frustrated, she “became aware that she could never live without feeling that she was incomplete, that she was doing things badly, sacrificing one part of her life for another.” Who among us hasn’t thought the same thing? The men and women I have taught in gender classes, like me, seem to believe that it will all just work out.

Myriam, like many women, clung to the idea that “everything was possible, that she could reach all her objectives, that she wouldn’t end up bitter or exhausted.” I conjecture that much fewer births would occur if we all entered parenthood clear-sighted. While pregnant with my first, I recall reading that babies sleep 18 hours a day. I had also heard the stories of new mothers barely having time to shower. I couldn’t quite make that math add up, so I blithely assumed that I would continue my graduate studies more or less as it I did before.

The universe, of course, found this comical and sent a darling but very colicky first child. One day, my mom volunteered to take her out for a walk so I could get my thoughts together, maybe even shower, and I wound up joining them. I couldn’t let her out of my sight. It was too painful to watch her go, even though listening to the non-stop howling she emitted all hours of the day was painful too. I thought at that moment, “It’s the strangest sensation to want desperately to get away from her and the crying but to not be able to stand to be away from her.” Women are conditioned to behave this way. Most of the moms I interviewed in my research say it’s in their biology. It’s not easy to find the line, if one exists, between nature and nurture, but I can say that it is easier to blame our genes than think that we have a choice in the matter. The potential for change lies in it being a choice.

We all dream of a place where we can have our kids and our freedom. In the novel My Hollywood by Mona Simpson, Claire, a new mom, is similarly torn since her life as a composer is what centers her, but the immense love for her new son means that she is distracted even when she is away from him. Fathers, she muses darkly, “loomed above it all, high trees.” Claire later divulges that she would rather be a father, and when she tells her husband Paul this, he suggests she find a therapist. What is wrong with wanting both though. Love is lovely until it becomes disabling. If we mothers felt as forlorn by the absence of our significant others as we do our new babies, we would likely be committed for psychological help. When we act this way with our children, we doing what is socially sanctioned.

The Perfect Nanny’s Myriam does not come across as particularly pained or guilty for leaving her children in the care of the nanny they hire, Louise. Instead, she relishes how capable she is, how indispensable she feels as a lawyer. With a nanny, she can be a mother on her terms, not the terms of her children. Myriam is “constantly apologizing” as Louise takes on more and more domestic tasks, but it seems to only be a nicety. Like most overstretched families, Myriam is delighted to have a fulfilling home and work life. Since readers know that her children will be murdered, however, it is impossible not to let the sense of dread soak into every moment of the couple’s happiness, whether it is “treating themselves” to bringing Louise along on a vacation to Greece or spending long hours at their respective offices. Her unrestrained desire is punished in the most devastating way possible; the novel suggests they should have known that they couldn’t have it all.

My Hollywood’s Claire, on the other hand, is very good at punishing herself. Her son remains healthy and happy. Claire believes she has talent, but fears that if she fails she will be judged harshly. Claire wants to “make something longer than life,” but struggles. She exclaims, “Every time I left, I measured: For what?”  She later adds, “Will and I had great flashes of glory, but too many times I’d left him reaching for me, from a babysitter’s arms. […] What parts of the day could I cut out and still give him enough?” A good friend would likely tell her she is doing a great job and doesn’t have to be with William all the time to be a good mom. It’s the same line we tell ourselves. But how many of us believe it?

Both Myriam and Claire insinuate that full-time mothering is too much of a good thing. Myriam, before being hired as a lawyer, despised the working women who “complain[ed] about their jobs, about not seeing their children enough.” Later in the novel, she feels like “an impatient lover” as she heads home having “promised herself she would devote herself entirely” to her children. Absence, it seems, makes her heart grow fonder, as it does for most women. For many mothers, the sight of a returning spouse is relief mixed with a twinge of jealousy. The one who is home all day seldom gets the emotional pomp and circumstance that a working parent does from their kids.

Work isn’t a choice for an increasing number of women in the U.S. But when it is optional, deciding if and how often to work is more complicated. Nearly every message we receive is clear that a mother’s love and time is the most valuable, but few women seem to find fulfillment in this role. I, too, struggle with the pram in the hallway and the irony that I take time from my kids to write about motherhood has not escaped me. There is always a tug that I should be doing more to make the home more organized, be more hands-on when it comes to homework, or not tapping myself out so that I would be more calm and present when I’m with my kids. But, I believe in my bones that motherhood would never be enough in and of itself – at least for me. As normal as I think this makes me, I can’t help but hear the Greek chorus warn of me of my hubris. Intensive mothering is a product of post-capitalist society, and therefore relatively new, albeit scarily entrenched. Mothers have been strapping their little ones to their backs and constructing playpens to keep them safe since early civilization. Now, however, our work tends to be more cerebral and sedentary. Myriam’s small children wouldn’t tolerate sitting for hours while she writes legal briefs, nor should they. Claire can barely stay focused on her creative undertakings when she is by herself let alone if she were changing diapers and trying to feed a fussy William.

The Perfect Nanny has been awarded one of the top literary prizes in France. It is well-constructed and written, pulling in readers despite the disturbing premise. I’m not the first reader to be critical of the way in which Myriam is punished for her effort to “have it all.” Still, it is worth examining what other options are available and why many women are forced into a “damned if you do, damned if you don’t” situation when it comes to waged work. I think that it makes the most sense to create more environments that respect the needs of working women and their children. Company sponsored on-site daycare flourished briefly but fizzled fast other than at medical facilities that desperately needed nurses. That doesn’t mean we aren’t in a place that would permit it to be more viable now. Businesses that cater to the self-employed, such as WeWork, could offer on-site care in addition to great snacks. A few leaders already do.  It seems that the onus of childcare and guilt for not sacrificing all our ourselves to our children will not wane soon, so it only makes sense to find better ways to navigate this tough terrain.

“...we love the idea that we could somehow twin ourselves and have both the lives we crave: motherhood and a career.”