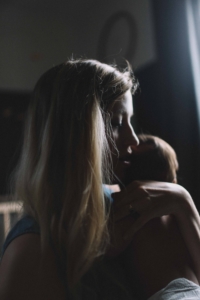 In the movie Singles, Bridget Fonda’s character says to a friend: “People need people, Steve, IT has nothing to do with sex. Okay, maybe 40 percent…. 60 percent. Forget it.” Singles’ Day (11/11 – cute, huh?) is celebrated all over the world, especially in China, where it is both a celebration of being romantically unattached as well as a huge shopping day – similar to our Black Friday. But being single is, as the quote above suggests, about more than just bed-hopping and being able to spend more money on frivolous stuff.

Some stats indicate that single motherhood is on the decline, and depending on your source, “single” can be categorized differently than “unwed.” More specifically, though, nearly half of all mothers will parent solo at some point before their children turn 18. While more college-educated women over the age of 35 are deciding to give it a go on their own, data also shows us that nearly 60% of mother-only families are living below the poverty line in the US (compared to 11% of two-parent families).

One reason this is a problem is that the gap between child-free women and mothers remains even greater than the income gap between men and women. Research shows us that even when all other factors are accounted for, including time away from work, this stubborn differential persists (Crittenden). And while having money certainly doesn’t mean you’ll be a great mom, money can certainly make being a mom easier. One of the critical ways that this comes into play is childcare.

Throughout the interviews I’ve done for my upcoming book, several have been with single mothers. Camille W, a solo mom of one son in northern California, is currently working two jobs, down from three, but still struggles to make ends meet. While she has used state programs at various points, she is adamant that it is a last resort since it doesn’t teach “independence.” Still, like many solo moms, she has found that she often doesn’t make much more than what childcare costs. At times, she is actually even behind for the hours that need to be covered, though still ahead overall since her son is in school full-time.

Camille recently moved her child to less expensive after-school program, but she remains unsure of her choice. At the more expensive facility, “They paid more attention, they made sure the kids were not hurting each other.” Now she spends more time teaching her son how to “what to avoid and how to prepare himself” for people who might have bad intentions.

One thing solo moms and moms with full-time partners can agree on is that extended family can be a critical safety net. Camille wishes her family was nearby to help, but it is currently impossible. Instead, she relies on friends as well as her landlords (she rents a space in their house) to help in a pinch.

Desiree, a single mom of two boys in LA, has tackled this issue by having her mom move in with her. This, too, can be a challenge. She explains that if she were paying the woman who helps with her kids that person would “bite their tongue” and not feel “entitled” to “say what they want to say.” In this case, she is referring to her mother’s input regarding both her dating life and how she is raising her sons. Desiree is incredibly grateful, but some ambivalence understandably remains.

Desiree could earn more money than she does currently as a bartender, and theoretically employ someone, but that involves sacrifices she isn’t willing to make. “I don’t always get to have bedtime with [my kids], but I do get some time. So, I ask them what they like, and they want me there in the day. I’m just going to keep doing what I can.”

Laura, a woman I spoke to who is pregnant with her second child, has little family nearby but has managed to secure a stable full-time job with the help of a nanny share. Like Camille and Desiree, childcare is her most pressing problem. She currently is going into to debt to cover childcare expenses but is confident that her costs will go down in time, particularly after her kids start school full-time. She could not pay the full rate of a nanny and also has relied on college women she feels she can pay a bit less as long as she remains flexible regarding their school and travel schedules. Laura’s job requires limited but consistent travel, however, and regardless of who she hires, this can be quite stressful. A solid network of paid and unpaid help fills the gaps.

From our conversation, it is clear that there is little fat in her budget and Laura recognizes that her childcare costs prevent her from being at a point in her life where she can “maximize” her “earnings,” and in this way the “timing is unfortunate.” She adds, “I think public childcare would be the biggest game changer.”

And, of course, it would be. We’ve all seen the ads that show how small investments early in one’s career can grow over time, but these women cannot do this due to the astronomical costs of childcare. That means that even though Laura’s point about her children being “the most expensive they will ever be” may be true, she is missing out on investing that money that could be working for her all while being taxed by the everyday struggles that all working parents face.

None of these women painted themselves as victims or tried to avoid any degree of personal responsibility. There was no whining or even a belief that more should be done for them. Yet, from my point of view, these women are raising great kids that will someday be productive members of our society with little help from anyone in return. Indeed, nearly fifty percent of mothers are doing the same. At what point are we going to be as thankful for their service? Our armed forces are entitled to strong childcare options throughout their career, but these mothers are providing a service that is equally (if not more) important to the health of our nation, and we stand idly by. Better choices that help support the needs of solo moms, their kids, and ultimately all of us could be designed and implemented if there is public will to do so.

This Singles’ Day, instead of taking advantage of the sales to buy something unessential, consider donating to an organization that helps support single moms. After, like Bridget Fonda tells us: people need people.