Money, Motherhood and #MeToo (More Connected Than You Think) 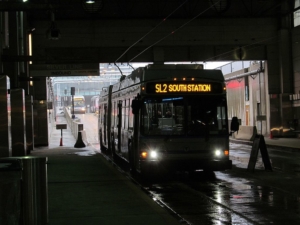 You’re likely tired of hearing about sexual assault and harassment right now, but this is about something more. This is also about money and motherhood. Last February, my family and I escaped from the dreariness of our Midwestern winter and on a shuttle ride to our hotel I noticed that out of approximately twenty-five people there were only four women. Only one was traveling alone. The rest were men, mostly traveling solo. It struck me (again), how big of a role personal safety plays in the progress of women.

We all have our story. I remember the catcalls before I had breasts, the teacher’s hand under my uniform skirt, the pressing – oh so much pressing on public transportation, the walk-by gropes at bars, the men who wouldn’t stop until I said no four times or more, the boss that really wouldn’t take no. While I started high school wanting to be a physician or earn my own corner office, in time all this wore me out. According to Donald Trump, Jr., that’s okay. I didn’t go to work in a kindergarten, as he suggested, but I did go back to school to become a high school teacher, a job my previous self swore I’d never take because I wished for something bigger. I do love teaching, but I also love not working with predatory men, which education largely (albeit not entirely) eschews. I also think I would have loved other jobs, many on this list would pay significantly more.

Many of the Hollywood actresses who have spoken out recently are older, more established, and likely wiser. At 23, women are just starting their careers. At 23, women think they are to blame or the harassment they experience are dues they must pay to stay.

The rhetoric of choice and cult of neoliberalism, both of which are pervasive in contemporary US culture, dictate that we take responsibility for where we are and our financial status. I often write about issues that pertain to mothers and employment, and this is no different. If you think for a minute that the countless times a woman is harassed, not listened to when she says no, and is told literally and figuratively that her body is not hers doesn’t send the message that the safe place for her is in the home, under the protection of a strong man who loves her, I’d tell you to think again.

Women may want to be mothers for many reasons, but among those reasons is that it is culturally sanctioned. A mother of young kids lives in a world almost entirely comprised of women – other moms, childcare providers, early education teachers, store employees, restaurants workers, and so on. Other than the odd tradesperson, a stay-at-home mother’s world is cloistered from men. We wonder why some men remain silent to the abuse they witness, but in the end – they benefit. Wives mind the house and kids, actresses accept less money, women opt for feminized (read: low pay) labor.

Feminists have sought and secured many rights for women in the workplace as well as other domains. These are essential – but also essentially incomplete since no legal victory will replace the sense of security that is lost. There is considerable hand-wringing about how to get more women into the workforce and what needs to happen to close the wage gap. America needs the smart and talented women that some of our best schools have trained, but the “opt-out” revolution will persist because many women know that harassment and assault remain rampant in far too many places of business.

When I think about that woman on the shuttle bus, I think about how unsafe I would have felt in a new city at night by myself. Like most women, I too would have taken a shuttle that escorted me from point A to point B via well-lit and public routes. We women have been taught to park under street lights, check the back seats of our cars, walk confidently, keep our wits about us, take self-defense classes. We are taught to take responsibility. We know it is easier to stay home.

Some of that rhetoric is changing, but not quickly and not in the deep ways that are required. Our previous election demonstrates this. When it comes down to it, legal measures do little when it comes to the persistent toll of unwanted sexual attention of colleagues and bosses, teachers and priests, friends and relatives, even husbands and boyfriends. When one egregious instance is pursued, thousands more exist that will never see a court room.

There is not a single woman I know that hasn’t been in a situation in which she felt significantly threatened sexually. Not one. I don’t think any of them pressed charges. Most cite their good luck for being able to get out of a bad situation without mentioning how much the odds are not in their favor or how their experience has changed them. There was a powerful meme I saw a couple weeks back that read: The greatest fear a man has about going to prison is the same fear a woman has walking down the street. We go about our lives as we must, but in infinite small ways we change our behavior to accommodate this lived reality. It ultimately translates into having one woman out of twenty-five on a shuttle bus traveling alone even though we all know that travel is a required aspect of most lucrative jobs.

Last summer, a friend’s daughter was approached by a man who had an inappropriate conversation with her and later attempted to lure another young teenage girl into his car. Understandably shaken, she feared to go out afterward. She is a fierce, intelligent young woman and after the initial shock, she found ways to cope and move on. She was also prepared; her mother knew she couldn’t send her out into the world not knowing about the wolves that wait. Much like the woman I encountered on the bus, she is armed with unfortunate knowledge and well-placed fears. These moments stay with all of us and remind us what is at stake if we let our guard down, or really what can happen even if we never do.