While memes would have you believe that most women are rejoicing their kids’ return to school so they can enjoy long brunches with friends and get daily manicures (neither of which is the case for any stay-at-home mom I know), the truth is most moms are employed.

For children under 18 who live with two parents, there’s a 60% chance of both parents being employed — a conservative number considering the significant number of women who only stay at home for the first few years of their children’s lives. As for children who live with single parents, there’s a 76 or 81% chance of having an employed parent depending on if that parent is female or male respectively.* 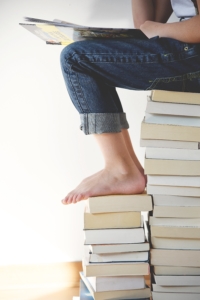 Community message boards from Maine to California are full of moms pleading for help with the much-maligned 3:30-6:30 time slot. During these frantic few hours, the lucky soul must pick up one or more kids from school, get them fed, drive them to after-school activities, assist with homework, and possibly do some dinner prep. Few people have the time or inclination to take on this work as it occurs during standard work hours and therefore excludes most typical day-workers looking for extra income. This job often requires a valid driver’s license, which can exclude some unauthorized careworkers (a substantial percentage of the care field) as well as moms who earn extra income via part-time babysitting as they have their own kids to care for at this time. Finally, with such short hours, pay seldom makes up for commute time as a job that pays even $20/hr becomes $15 if the person must travel thirty minutes each way.

Common sense suggests students should be offered the chance to stay at school longer, taking on enjoyable extracurriculars with established friends in a familiar environment. Some schools do just this. My district, for instance, offers several after-school options for classes as do many other schools in urban areas, but these:

Of course, many more schools can’t even offer this much. Outside programs have also stepped in, such as the YMCA and The Boys & Girls Clubs of America, but these typically require commuting young children and may involve high cost, less familiarity for the child, and inconsistent oversight. In areas where more robust childcare coverage has taken shape, such as with San Diego’s “6 to 6 Extended Day Program,” the problem of availability remains problematic (as their own website acknowledges that “demand exceeds capacity”). Some in-home daycares offer shuttle service from local school(s), but this offers its own challenges.

Unfortunately, there is a chicken-and-the-egg type of problem as taxpayers feel that they are not getting a good return on their money and resist appeals for reasonable tax increases while schools are struggling to even keep basic school supplies in stock. From the taxpayer side, schools have not kept pace with the demands of the populations they serve and do not deserve the extra funds. That doesn’t change the fact that an increasing number of families need after-school care (and likely before-school too), while strong family- and student-focused programs remain 1.) too rare, 2.) underfunded, and 3.) require parents to not only know where but when these programs take place. Indeed, for too many low-income workers, these programs remain difficult to get into even while the care itself is considered a loss leader in that parents may not break even on costs but still need those hours covered in order to remain a viable employee.

Politicians offer endless rhetoric regarding preparing students for future demands of employers, and that is certainly one important aspect of education, but schools are also about taking care of kids, and by extension helping families have access to the American Dream regardless of class, race, or gender. Schools need to step up regarding care coverage and evolve with the needs of the families in their communities. Properly framing what an increase in funds would mean to voters in terms of before/after-school coverage may be enough, particularly when one considers the number of women who remain on welfare due to inadequate childcare coverage.

Having taught in a public school myself, I get how tight budgets often are. Public schools are indisputably plagued by intense austerity measures and the infiltration of charter schools that skim off additional tax dollars. As a result, they can’t offer parents appropriate options to cover these critical hours, but without offering comprehensive, modern options, they become less valuable to those who pay to support them. As competition increases, schools must sell their necessity beyond offering the three Rs by adding a fourth: responsible care coverage.

*All data provided by BLS.gov.

“As competition increases, schools must sell their necessity beyond offering the three Rs by adding a fourth: responsible care coverage. ”